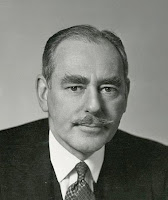 As reported by the Internet web site G2mil:

"No one in Congress or our corporate media uttered an objection after a senior Trump administration official threatened a sneak attack on Russia that would ignite a nuclear war over a minor treaty dispute. She was not fired, forced to resign, nor even criticized."

"U.S. ambassador to NATO Kay Bailey Hutchison said Washington remained committed to a diplomatic solution but was prepared to consider a military strike if development of the medium-range system continued."

THIS IS HOW WARS START! INADVERTENT AND ILL-CONCEIVED STATEMENTS BY HIGH OFFICIALS THE CONSEQUENCES OF WHICH ARE CONFLICT NO ONE WANTS BUT GETS!

See the article thanks to Reuters the press conference of Ambassador Hutchison and her pronouncements:

Within the historical context I am also thinking of two events declarations by "high officials" also alleged to have sent a wrong message that led to war.

1.  Ambassador April Glaspie her famous/infamous meeting with Saddam Hussein, 1990. Statements as misinterpreted leading to the Iraqi invasion of Kuwait and the First Gulf War.

2. American Secretary of State Dean Acheson his famous/infamous speech, 1950.  Statements as misinterpreted the result the Korean War. [such an assertion is highly disputed and should be.]

Dean Acheson in 1950, April Glaspie in 1990 and now Ambassador Hutchison in 2018, This sorta thing does occur from time to time.