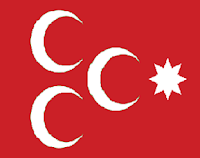 "Turkey to build its own aircraft carriers – Erdogan"

"Turkey is 'committed' to building its own aircraft carriers the Turkish President has said. Recep Tayyip Erdogan added that Ankara is seeking self-sufficiency in its defense industry and will not allow anyone to block its military initiatives."

“'We will build our own aircraft carriers,' Erdogan said at the launching ceremony of the new Turkish Kinaliada Corvette at the Istanbul Navy shipyard."

"The Kinaliada Corvette has been built locally under Turkey’s MILGEM national warship program aimed at building frigates with anti-submarine capabilities based on Turkish domestic technologies."

THE TURK TO THE GREATEST DEGREE POSSIBLE SELF-SUFFICIENT WITH REGARD TO WARSHIPS, INDIGENOUS DESIGN AND CONSTRUCTION OF BOTH! THIS IS THE GOAL!

"The MİLGEM project, from the Turkish words Milli Gemi (National Ship), is a Turkish national warship program, the purpose of which was to build a modern littoral combat ship with indigenous anti-submarine warfare and high-seas patrol capabilities, extensively using the principles of stealth technology in its design"

An aircraft carrier for POWER PROJECTION purposes. Turkey also allowed under the Montreux Convention to operate a carrier in the Black Sea in a manner other nations are not!