Referring to my series of articles the combat seaplane. That combat seaplane as a quick-and-dirty possible solution, an alternative to the super-carrier.

That super-carrier [a USS Gerald Ford the archetype] too expensive to build, maintain and sustain over a period of decades.

Those persons at the Combat Reform Internet web site thinking along the same lines as I am.

Much to my surprise, lo and behold, there is ALREADY a combat seaplane available. This I was not aware of. An AMERICAN agricultural crop duster modified as a COIN [counter-insurgency] warplane AND AN AMPHIBIOUS VERSION EVIDENTLY EXISTING AND CURRENTLY BEING USED TO FIGHT FOREST FIRES AS OCCUR IN THE WESTERN PART OF THE UNITED STATES!!

This is the AT-802. Even Walt Disney likes this airplane! 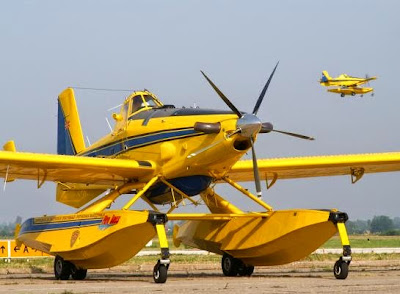 AT-802 as found in amphibious version. Currently a forest fire fighting aircraft. 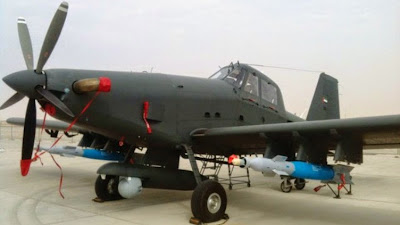 That combat version of the AT-802. Heavily modified crop duster aircraft useful in the COIN environment. Appears in this image to be equipped with some sort of Paveway precision-guided munitions.

From the wiki entry that AT-802 combat warplane able to carry a variety of munitions to include:

This plane a proven WINNER. Ready to GO NOW!! A seaplane able to operate from expedient bases ashore, modified merchant vessels or floating piers for instance.

FOR A FRACTION OF THE COST OF A NEW SUPER-CARRIER OR THE ORGANIC AIR WING YOU CAN PLACE INTO THE COMBAT ARENA ALMOST AN ABUNDANCE OF SUCH WARPLANES AS THE AT-802!

That capability for the combat seaplane is NOW!

See my previous blog entries the subject matter of which was the combat seaplane: