Good program on public broadcast TV the other night dealing with the English mercenary Simon Mann, his recent release from prison, the situation in Equatorial Guinea, the attempted coup d'etat, etc.

Mann - - after serving a prison term under harsh conditions, now released and TALKING. NAMING names and wanting REVENGE! Mark Thatcher the son of Lady Thatcher most conspicuous. Men [Mann and Thatcher both] of inherited wealth and status at the throats of one another.

Thanks to the Guardian here as well:

"After more than five years in jail, the British mercenary is seeking vengeance on others he says were part of the failed 'Wonga Coup' – including Mark Thatcher" 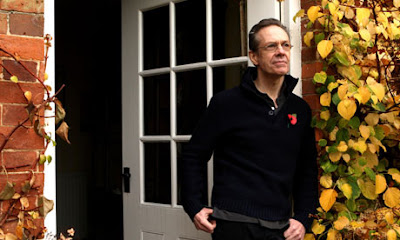 "The plot itself is well documented – how in March 2004 Mann, Nick du Toit and three other South African mercenaries with wealthy international backers and the tacit approval of at least three governments, most notably the Spanish, attempted a coup which involved flying into the former Spanish colony in a plane loaded with arms and more than 50 black 'Buffalo soldiers' – former members of the now disbanded South African defence forces' elite 32 battalion– to replace Obiang with an exiled opposition activist called Severo Moto."

That mercenary force - - about fifty troops strong, attempting a coup d'etat against the government of the despotic and authoritarian ruler of Equatorial Guinea [EQ], Obiang, seized while en route to the target, first incarcerated in Zimbabwe, then extradited and serving further prison sentences in EQ.

Most surprisingly [??], the guts of the mercenary force, that preponderance of troopers from the now long-time disbanded South African Defense Force [SADF] unit 32 Battalion. The "Buffalo" soldiers, more correctly dissident and exiled Angolans constituted into a battalion sized unit under the auspices of the SADF during the long period of tension and intermittent warfare as existed on the border between Angola and Southwest Africa [Namibia] for about a twenty year period beginning in the mid-1970's.

[at one time, you could probably find no more combat ready, experienced and skilled fighters and soldiers anywhere in the world than those troops belonging to 32 Battalion!]

Those demobilized 32 Battalion soldiers now South African citizens, pariahs to an extent in their adopted country, and I would have to think that at least by now somewhat aged to be doing that mercenary stuff.

32 Battalion troops - - civilians now and for some time, and probably leading remote, isolated and destitute lives, seeing in the offer as made by Simon Mann one last chance for glory, monetary compensation not so much a factor in their decision TO GO!

"Wonga" having gone badly awry for Mann and his cohorts, WHO thinks of those 32 Battalion troops now? I hope someone is. Or is this a case of making a hard bed and having to sleep on it?

Mann & Thatcher can sleep on their own beds.
As to the "somewhat aged" remark, if they had not been "delivered" into foreign hands...the outcome of the endeavour may have been very different.