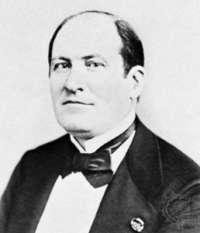 "NO life without death, NO death without life"

"the man who destroyed Old Paris . . . the man who created New Paris"

Here from the wiki entry on Baron Haussmann. The man who destroyed the old city of Paris, rebuilding the new city so familiar to countless of millions of persons. The Paris of the Trocadero, le grand monument, the spacious and overwhelming boulevards, the revolutionary city planning - - the inspired genius of one man!

"Georges-Eugène Haussmann . . . who called himself Baron Haussmann, was a French civic planner whose name is associated with the rebuilding of Paris"

Re-construction, re-building on a massive, even biblical scale, to include [but not limited to]:

NO life without death. It must be kept in mind that Haussmann did not work with a blank slate. MUCH had to be destroyed to make way for the new!!

"His work had destroyed much of the medieval city. It is estimated that he transformed 60% of Paris' buildings"

And always in the mind of Haussmann, perhaps FOREMOST - - there was a military dimension to the planning scheme of the Baron.

RE-CONSTRUCTION OF PARIS INCLUDED MEASURES INCORPORATED FROM THE GET-GO TO ALLOW THE FRENCH ARMY, THE MILITARY FORCES OF THE CENTRAL GOVERNMENT EASY ACCESS TO ALL PARTS OF PARIS, FACILITATING MOVEMENT, ALLOWING FOR THE SUPPRESSION OF REBELS, INSURRECTIONISTS, THE MOB!!

Considerations of a military nature to include:

* "streets too broad for rebels to build barricades across"
* "[room]where coherent battalions and artillery could circulate easily if need be."
* "broad avenues linked to the main train-stations so army troops from the provinces could be operative in a short amount of time"

Those broad boulevards, those avenues of prodigious width all were designed with a military consideration! Quick and easy entry to the city for army troops, cannon and artillery in the direct fire mode having a clean and open expanse for employment. MOW EM' DOWN!!

[The digging up and removal of the Great Cemetery of Paris was among the many measures as taken by Haussmann. Millions [?] of graves were unearthed and the remains removed. ONE REASON WHY PARIS WAS BUILT FROM ANCIENT TIMES WHERE IT STANDS IS THAT THE EARTH CONTAINS A BACTERIA THAT EATS FLESH WITH AMAZING RAPIDITY. A HUMAN BURIED IN THE EARTH OF THE GREAT CEMETERY OF PARIS WAS STRIPPED OF ALL FLESH - - CONSUMED - - IN TWO DAYS!!]

Haussmann - - both the destroyer and the creator, all rolled into one.

I can't figure out how to get your E-mail, can you let me know where you found this reference to bacteria in Parisian soil ? I am a microbiologist, if this is true this is could be very significant.