Here are five persons, contemporaries of mine, peers if you like, that saw honorable and commendable military service in Vietnam.

Each in their own right having a successful post-war career and each achieving a degree of fame.

Young men [1960's], each and every one from a family of privilege, prestige, wealth, not shirking their military service during that most controversial era [1960's], responding admirably, very surprisingly so even?

1. Eric Margolis. Highly educated, even as a young man having the most impeccable credentials, volunteering for infantry duty as an enlisted man in Vietnam. 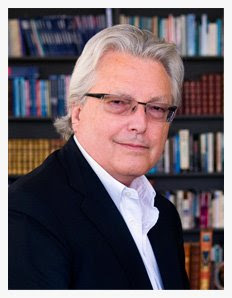 "Eric Margolis is an American journalist . . . writing mainly about the Middle East, South Asia and Islam, and appears frequently on Canadian television broadcasts, as well as on CNN."

"Margolis was born in New York City in the 1940s [father] a New York businessman, restaurant owner, theatrical producer and investor, [mother] . . . a journalist and author. He [Eric] holds degrees from the Edmund A. Walsh School of Foreign Service at Georgetown University, the University of Geneva and New York University. During the Vietnam War he served as a U.S. Army infantryman"

2. Jack Smith. Son of the famous journalist and prime time television anchor Howard K. Smith. Served as an infantryman with the 1st Air Cavalry Division, severely wounded in the battle of the Ia Drang valley. 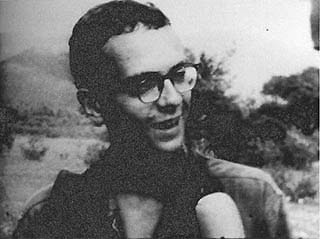 "Mr. Smith was born in Paris and grew up in London. He was the son of ABC News anchorman Howard K. Smith" 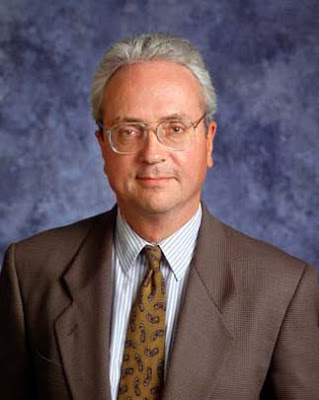 "John Steinbeck IV (June 12, 1946 – February 7, 1991), was an American journalist and author. He was the second child of the Nobel Prize winning author, John Steinbeck. In 1965, he was drafted into the United States Army and served in Vietnam. He worked as a journalist for Armed Forces Radio and TV, and a war correspondent for the United States Department of Defense." 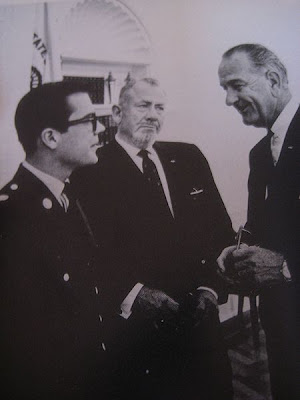 John Steinbeck IV being personally presented to President Johnson that more eminent father is in the center.

"In 1968, Steinbeck returned to Vietnam as a journalist. Along with Sean Flynn, son of actor Errol Flynn, he started Dispatch News Service"

"Steinbeck's Vietnam memoir In Touch was published by Knopf in 1969. He wrote about his experiences with the Vietnamese, the GIs and his interlude with that culture."

4. Lewis B. Puller. Son of the famous Marine General "Chesty" Puller. An officer with the Marines, infantry, wounded most severely in Vietnam, returning to the U.S. to lead an amazing, fruitful and accomplished life in spite of terrible handicaps. 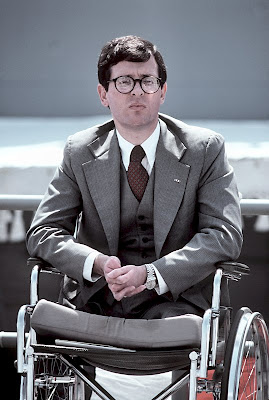 "Lewis Burwell Puller, Jr. (August 18, 1945 – May 11, 1994) was an attorney, Pulitzer prize winning author and officer in the United States Marine Corps. He was severely wounded in the Vietnam War."

"Lewis Burwell Puller Jr. was the son of General Lewis "Chesty" Puller, the most decorated Marine in the history of the Marine Corps . . . [while in Vietnam] he was badly wounded by a landmine . . . losing both legs and most use of his hands in the explosion. The mine riddled his body with shrapnel"

5. Oliver Stone. Volunteering for duty as an infantryman, seeing combat duty, post-war becoming one of the great movie directors of all time [??], award winning, talented, gifted, a man always in the midst of controversy, even to a fault! 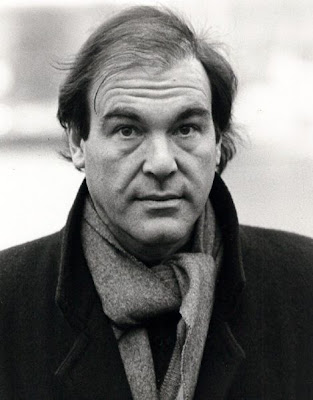 "A veteran of the Vietnam war . . . He specifically requested combat duty [service with the U.S. Army] and was assigned to the 25th Infantry Division and the 1st Cavalry Division, and was wounded twice in action. His personal awards include the Bronze Star with 'V' device for valor for 'extraordinary acts of courage under fire', and the Purple Heart with one Oak Leaf Cluster."

* Each and everyone of these men with the exception of Steinbeck served in a combat capacity. My original thought was that Steinbeck too had been at the Ia Drang valley battle at the same time as was Smith! Perhaps I am wrong about that? At least three of the five [Stone, Smith, Puller] were wounded, Puller of course most severely so!

* John Steinbeck III was on a familiar and conversational basis with President Johnson! Even presented his son to LBJ at the White House. Like I said, these men came from families of the American elite.

* Steinbeck in particular went "native", returning to Vietnam as a civilian and immersing himself in the culture, Steinbeck becoming a confirmed Buddhist, Stone reputedly describing himself also as a Buddhist, to whatever degree.

* Lewis Puller was a Pulitzer Prize winning author, "Fortunate Son" his autobiography detailing his amazing life and ordeals with his various afflictions. It is often thought that the song of the same name by John Fogarty was "inspired" by Lewis Puller. This is not so!!

* "Draft dodging", avoiding conscription or any form of military service altogether, or finding a "cushy billet" was not out of the question for any of these five men. Yet none of them took advantage of their "privilege, prestige, wealth"!

I'm guessing Pat Tillman would be their modern equivalent.

Al Gore was the son of Senator Al Gore, and also served in Vietnam in the Army as a journalist