Here, thanks to the Prisoner of Joy website, a description of a phenomenon that the "true believer" accepts as fact. The remains of a fallen Islamic martyr, having died in furtherance of the faith, emitting a musk-like smell!

[martyrs in the Islamic tradition can die while fighting and killing for the faith. In the Christian tradition, a martyr is one who dies for the faith, BUT NOT taking of life!!]

"Fragrant Scent From The Body Parts Of An Al-Qassam Fighter "

"Despite being shattered to pieces, the body of an Al-Qassam [Hamas] fighter emitted a fragrant scent, and it repeated 20 days after his death."

"nothing was left out of his body except his head and chin, whereas the rest of his body parts were 'crushed” by the Israeli rocket.'"

Blown to fragments by a bomb from an F-16 [??], the body of a Hamas fighter, does not decay in the normal fashion, but rather gives off, for weeks afterward, a MUSK LIKE SMELL!! This is the remains of Abu Hamzah [nom de guerre] who died while fighting the Israeli. 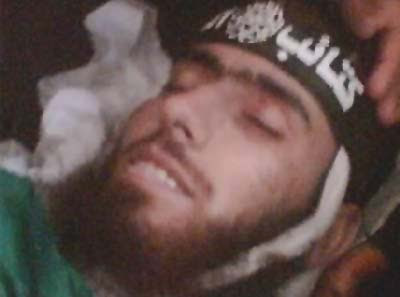 I repeat here, with slight alteration, from a blog entry made a long time ago:

"according to the Shia, martyrs in the cause of Ali suffer only in appearance. Their true bodies are lifted to heaven, while in the hands of their executioners mere substitutes remain . . . But those of extreme Gnostic persuasion give praise that day with joy, since the martyred one could not possibly have suffered, but in his true body returned that day, to heaven, while an unknown suffered death for him on the field."

"This is really heavy stuff!!! Martyrdom for the Shia believer [this belief to some degree is shared with the Sunni also??] [and martyrdom would include being killed by Israeli soldiers], is not a real death. YOU DO NOT REALLY DIE!! Your real body is taken to heaven while an image is left behind for your enemies to behold. AND MAKE NO MISTAKE ABOUT IT, THESE HAMAS FIGHTERS ARE TRUE BELIEVERS. To them, their religion is just not a belief system, IT IS THE REAL THING!!!!"

Whisked away by the angels to heaven, in corporeal form, just at the exact moment of death, an image that emits a musk-like odor left behind for onlookers to behold and marvel at!!??