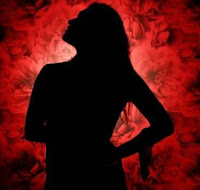 From the tip as seen at Freeper:

"Jane Taylor* has a lot of things to worry about when her husband is deployed. Will he come home alive? Will her kids see their dad again? But until last month, 'Will he slip up and sleep with a taxpayer-funded sex worker?' wasn’t one of them. Like many military wives, Brisbane, Australia, resident Jane was horrified to read Australian army Capt. Sally Williamson recommending prostitutes be sent to the front line to help 'relieve stress' in serving troops."

A recommendation at this point I hardly will think be ever acted upon. Probably not even a possible at this point. The "cat" is outta the bag.

Camp followers in the classical sense not strictly confined to the prostitute. I might also think very few Australian sex workers willing to volunteer for "duty" in Iraq or Afghan.