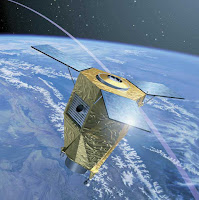 What to make of this one?

Borderline germane as a topic to the blog? Hardly does anyone seems to understand this.

"Algeria: Other Forms Of Terrorism"

"November 7, 2017: Morocco puts its first surveillance satellite into orbit. The 1.1 ton Mohammed VIA is based on a similar French earth observation satellite; Pléiades-HR. Another Moroccan satellite will be launched in 2018. This is part of a secret $590 million deal made with France in 2013. The new photo-satellites orbit 694 kilometers from the earth and will last at least five years. These photo satellites can take pictures day or night and make out objects 70cm (28 inches) across. By current standards that’s not very good. Back in the mid-1970s the U.S. was launching satellites with a resolution of 7 cm and current high-res satellite cameras can detect objects as small as 2 cm (less than an inch across). For mapping the lower res satellites are OK and in the mid-80s the U.S. was putting such satellites up that had a resolution of 70cm. These could take pictures of large areas. Morocco’s satellite photo needs can be taken care of by commercial satellites that will provide photos of whatever you want at whatever resolution you need (50 cm or less). In effect Morocco will be paying nearly a hundred million dollars a year for photo satellite images that can be obtained for a tenth of the cost from commercial services. Much of what they need can be obtained via smart phones using commercial satellite image services."

Even better coverage already obtain-able at a fraction of the cost!

Some devoted reader to the blog can comment on this one?