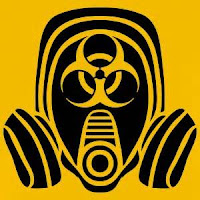 Kim has atomic. Kim has chemicals. Kim has anthrax? What is there Kim doesn't have?

No one can be pleased with what has been found during a routine medical exam of a North Korean defecting soldier. From several sources to include Sputnik

1. "North Korea soldier who defected had immunity to anthrax"

"A North Korean soldier who defected to the South was found to have antibodies to anthrax – triggering concerns the rogue regime has weaponized the deadly bacteria, according to reports Tuesday."

"A North Korean soldier who defected to South Korea in 2017 was found to have anthrax antibodies in his bloodstream, according to a Tuesday report from Channel A news."

IF AND WHEN THE DECISION TO EMPLOY BIOLOGICAL WEAPONS MADE,  UNDERSTAND IT BEING HIGHLY ADVISABLE TO HAVE YOUR OWN TROOPS INOCULATED AGAINST WHATEVER DEADLY PATHOGEN IS BEING USED FIRST!!

NORTH KOREA WELL AHEAD OF THE LEARNING CURVE IN THIS REGARD SO IT WOULD SEEM!