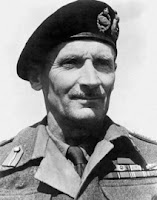 Still one more blog entry, a list as extracted from "The Reader's Companion to Military History." with my commentary:

"The Ten Most Overrated Commanders"

This particular listing I am sure going to create a lot of discussion among the experts. A listing as compiled by who exactly I am not sure. At least SIX OF THOSE TEN commanders usually and generally by reputation seen as military leaders of repute, way beyond average. ICONIC FIGURES AS THEY ARE CALLED!

Joan of Arc I would not consider to be a military commander. Perhaps I am wrong?

FOUR OF THOSE TEN COMMANDERS AS LISTED AN AMERICAN! WHAT DOES THAT SAY?