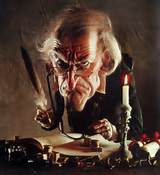 NO ROOM AT THE INN AFGHAN!

As seen at the Daily Mail  by Charlotte Dean the tip from Freeper:

"Close-fisted defence chiefs have allocated just £1 a head to British troops with 'suffering moral' for their Christmas celebrations. The 500 troops positioned in Afghanistan have been given £500 for their festive celebrations this year - working out at just £1 a head. But apparently this isn't even enough for coffee and they 'send in more money to feed the stray cats on the US compound' and even the Mongolians receive more"

All not so forlorn after all? As has been noted:

"Someone pointed out that there are no British troops serving in Afghanistan on a base with only Brit troops.  They serve on bases where other Coalition soldiers are in the majority and they eat at their chow halls.  That means they will be having Christmas dinner the same as the others (American holiday fare)."

Turkey or ham, mashed potatoes, corn, stuffing with gravy, pie, etc. The English lads are going to have to make do but not so bad.