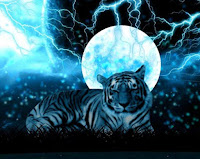 Chinese troops enter the Syrian Civil War? Who would ever have thought it? Everyone wants a share of the Syrian pie!

From the DEBKAfile an exclusive report:

Muslim Uighur as from the western part of China ENCOURAGED by the Turk occupy and settle villages in Syria abandoned by refugees? TIP the Uighur insurgent movement and as opposed to Assad. TIP also in league with and allied with Al Nusra [called something else now]. Al Nusra an affiliate of Al Qaeda.