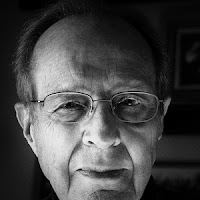 Get rid of them?

From the story at Reuters one aspect of the American nuclear arsenal called into question.

"Experts say eliminate ICBMs since they are part of U.S. arsenal most likely to cause accidental war"

LAND BASED INTERCONTINENTAL BALLISTIC MISSILES [ICBM] OF THE MINUTEMAN VARIETY!

"Of all weapons in the U.S. nuclear arsenal, the ICBM is the one most likely to cause accidental nuclear war, arms-control specialists say. It is for this reason that a growing number of former defense officials, scholars of military strategy and some members of Congress have begun calling for the elimination of ICBMs."

Apparently this is part and parcel of the William Perry Project!

The William J. Perry Project was created by former Secretary of Defense William Perry to engage and educate the public on the dangers of nuclear weapons in the 21st century

1. I don't think anyone [?] suggests or even believes it is possible to eliminate and abolish all nuclear weaponry. The THREAT as described can be ameliorated to a large extent but never totally 100 % done away with?

2. Much progress has already been made [and has been made for decades now] to reduce the number of atomic warheads as in the inventory of the nuclear capable nations [predominantly the United States and the Soviet Union/Russia]!  By my quick and dirty calculation about 90 % of all atomic weapons ever as fielded now dismantled and done away with, for a variety of reasons.

3. Unquestionably [??] a third world war would have already been fought and some time ago if not for the existence of the atomic bomb and thermonuclear weaponry?

4. Consideration given at this juncture in time to the elimination of American ICBM. Submarine launched ballistic missiles and land-based long-range bomber aircraft all fully nuclear capable to be maintained.

Total and 100 % nuclear disarmament a pie in the sky consideration? Is now and always will be. Devoted readers to the blog make your own judgment.