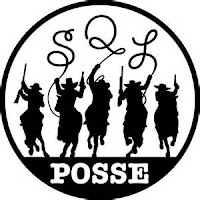 I must admit I was mildly surprised by this. Thanks to the tip from James on this one.

The Posse Comitatus Act limiting the powers of the federal military to be used in a domestic law enforcement role applies legally ONLY to the Army and Air Force. ONLY applies to the Navy and Marines by regulation but not by law. Coast Guard totally exempt so it seems.

"The Act only specifically applies to the United States Army and, as amended in 1956, the United States Air Force. While the Act does not explicitly mention the United States Navy and the United States Marine Corps, the Department of the Navy has prescribed regulations that are generally construed to give the Act force with respect to those services as well. The Act does not apply to the Army National Guard and the Air National Guard under state authority from acting in a law enforcement capacity within its home state or in an adjacent state if invited by that state's governor. The United States Coast Guard, which operates under the Department of Homeland Security, is not covered by the Posse Comitatus Act either, primarily because although the Coast Guard is an armed service, it also has both a maritime law enforcement mission and a federal regulatory agency mission."

State National Guard units of course when NOT federalized also able to perform a law enforcement mission within their own or adjacent state!

State defense force units [exist in some states and as distinct from National Guard] also totally exempt [so I would assume unless bound under some state law] from federal Posse Comitatus.

You learn something new all the time. And are better off for it too.