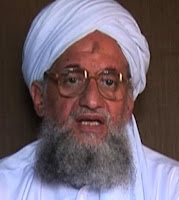 HST si, Al-Nusra no? That is the question?

From the latest edition of the DEBKAfile newsletter as dated 8 December:

"Al Qaeda has vanished from Syria"

"This doesn't mean that al Qaeda's branch once known as the Nusra Front was wiped out by any anti-terror coalition. It exists no longer because it was repudiated in its new guise by the boss. In a 35-minute audio message Tuesday, Ayman Al-Zawahiri condemned the group's rebranding last year - without his approval -under the name "Hayat Tahrir al-Sham"

HST that LAST [?] remaining vital and potent armed opposition to the regime of the despot Assad. Rumored and reported to have about 30,000 armed combatants under command.

Al-Nusra affiliated [at least once was] with Al Qaeda but now having become HTS have gone their own way AND WITHOUT PERMISSION!