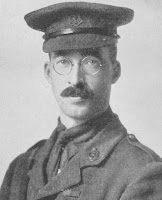 As is understood and described by conventional histories, empires of the various world powers at the time of the beginning of the Great War [1914] being dissolved in the aftermath of the war.

Empires to include the German, Austro-Hungarian, Russian and Ottoman.

ALSO IN A MUCH LESS DIRECT AND ACUTE MANNER THE DISSOLUTION OF THE BRITISH EMPIRE BEGAN AT THE SAME TIME?

This as a result of Vimy Ridge?

"The Battle of Vimy Ridge, during the First World War, is Canada's most celebrated military victory — a sometimes mythologized symbol of the birth of Canadian national pride and awareness".

THOSE WHITE DOMINIONS [AS THEY WERE CALLED] OF THE BRITISH EMPIRE CONSISTING OF CANADA, AUSTRALIA, NEW ZEALAND AND SOUTH AFRICA ALL CONTRIBUTING TO THE ALLIED WAR EFFORT IN A DISPROPORTIONATE MANNER.

My understanding that the first significant action of Canadian forces in the Great War was 2nd Ypres. The Canadians under poison gas attack holding the line and doing so when everyone else fled in terror!!

Canadian Prime Minister Borden in the aftermath of the war insisting [not necessarily demanding] that Canada as a result of their sacrifice during the Great War be given nation-state status, with greater independence and autonomy within the structure of the "Imperial Commonwealth". Canada NO LONGER an adjunct to the British Empire and this must be recognized as so!!

"[Canadian Prime Minister] Borden played a key role in establishing greater autonomy for Canada and other member countries of the British Empire. He was principal author of Resolution IX of the Imperial War Conference of 1917, which argued that Canada and the other dominions deserved recognition 'as autonomous nations of an Imperial Commonwealth,' which should have a 'voice in foreign policy and in foreign relations.' Borden also insisted that Canada (and the other dominions) send delegates to the Paris Peace Conference in 1919, and that they sign the Versailles Treaty, as well. Under Borden, Canada also gained separate representation at the International Labour Organization and the League of Nations.

Wars correctly as being thought of consisting of three stages: 1. What led up to the war. 2. The armed conflict itself [combat]. 3. Events in the aftermath of the war.