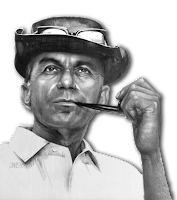 "Henry 'Smokey' Yunick . . . was an American mechanic and car designer associated with motorsports. Yunick was deeply involved in the early years of NASCAR, and he is probably most associated with that racing genre. He participated as a racer, designer, and held other jobs related to the sport, but was best known as a mechanic, builder, and crew chief."

AND A COMBAT VETERAN OF THE SECOND WORLD WAR [WW2] SHOWING HIS METTLE IN A REMARKABLE WAY!!

"A son of Ukrainian immigrants, Yunick grew up on a farm in Neshaminy, Pennsylvania and had to drop out of school to run the farm at age 16, upon the death of his father."

"When the Americans joined World War II, Yunick joined the Army Air Corps in 1941, piloting a B-17 Flying Fortress named 'Smokey and his Firemen' on more than 50 missions over Europe. He was with the 97th Bombardment Group (Heavy) of the 15th Air Force, at Amendola Airfield, Italy, before being transferred to the war's Pacific theater following VE Day."

SOMEWHAT WAS I FAMILIAR WITH THE SAGA OF SMOKEY AS A GARAGE OWNER AND A MECHANIC OF THE GREATEST ABILITY AND SKILL! HIS WAR RECORD I WAS NOT EVEN FAMILIAR WITH EVEN IN THE SLIGHTEST MANNER.

Famous Americans during the WW2 era having served as aviators and performed yeoman duty to include: