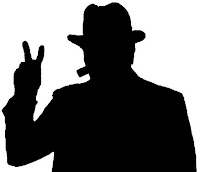 Additional extracts with my commentary WW2 headlines from:

"CHURCHILL WARNS INVASION IS NEAR"

"LONDON, SEPT. 11 - - A crisis that ranks in Britain's history with the  day of the Spanish armada's approach, or that on which Napoleon turned away from invasion by way of Boulogne is approaching. Prime Minister Winston Churchill, who is directing this last-ditch struggle, returned to his old role of reporter this afternoon to tell his people and the whole world so in plain and confident language."

German invasion of England [Operation Sea Lion] the possibility of which was a lot less than feared at the time,

German invasion of England predicated on the assumption the Luftwaffe able to achieve air supremacy prior to an invasion. This did not occur. Invasion from the German perspective not feasible.

See from the wiki: "Post-war wargaming of the plan" that plan the invasion of England by the German military.