From the Lew Rockwell Internet web site we have the Facebook Twitter entry the subject of which is the deployment of U.S. Marine artillery to Syria.

"Sure enough! News is now reporting the Marines in Syria are there to establish a firebase for 155m howitzers to be used in fire support missions for the Syrian “rebels”. Yes, well, that’s the schematic for firebases, after all: Artillery. I bet this base comes under attack and gets beefed up by U.S. troops now deploying into Kuwait. I predict we’ll be a full-scale shooting war soon. I wonder what they’ll name this one? Operation Twitter Doom?"

Reminds me of the Vietnam War and the Battle of LZ Bird.

A LZ [Landing Zone] for heliborne troops BUT MUCH MORE THAN THAT! 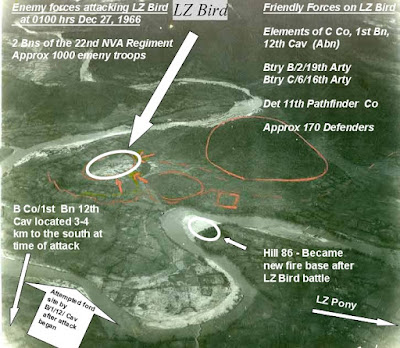 The fighting at Bird desperate in the extreme. American artillery firing point-blank and using the famous beehive round to defeat the attackers [North Vietnamese Army].

U.S MARINES EACH AND EVERY MAN TRAINED AS A RIFLEMAN REGARDLESS OF MILITARY SPECIALTY. ABLE TO FIGHT AS INFANTRY ON DEMAND AND DO SO VERY WELL.

No repetitions of Bird in Syria? Let us hope not.

"It has been a damned nice thing - the nearest run thing you ever saw in your life...By God!" - - Wellington in the aftermath of Waterloo.