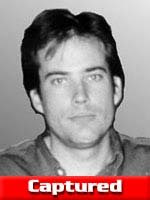 This is coolbert:
Mo’ be mo’ bettah??
As mentioned in a previous blog entry, today is 9/11. Seven years now and Osama bin Laden has NOT been run to ground, killed or captured!!
This is surprising?
Is the CIA/Special Operations Command doing something wrong? So much time has gone by, and the villain is still out there!
My intuition is that the operative word among those searching for bin Laden is - - more!! More assets, more troops on the ground, more bounty on the head of the man, more drones, more cameras on the drones with more magnification and more resolution, more informants, more cooperation from the Pakistani, etc. MORE!!
This approach is the opposite of what should be done?
Here is a case in point!
Some of you might remember the "hunt", a few years ago now, for the Atlanta Bomber. Eric Robert Rudolph! A fugitive on the FBI Top Ten wanted list.
A search, a "hunt", that often involved HUNDREDS of personnel at one time. A search, perhaps a series of searches! "Hunts", that proved to be in vain.
These "hunts" had a mind-boggling number of very obvious, visible, elements, high profile, unmistakable for what they were.
Elements to include:
* A command post. With all the accouterments! Trailers, generators, porta-potties, etc.
* Tracker dogs, loud baying hounds, perhaps of the black and tan "coonhound" variety.
* Dozens of FBI agents, dressed in BDU/"boonie" hat/web gear, brandishing M16 rifle! Agents performing the task of the light infantryman.
* Helicopters in numbers! Loud noisy machines, flying a "search pattern"! NOT routine!
* Radio communications in abundance to coordinate the "hunt"!
These elements create a "footprint", a "signature" THAT IS AN INSTANTANEOUS TIP-OFF! Alarm bells are going off all over the place, especially for a person as wily and alert as Rudolph. All that activity only means the quarry becomes just that more difficult to find! Mo’ be NOT mo’ bettah!
Eric Robert Rudolph in particular presented a unique and difficult challenge for the "searchers":
* Had military training courtesy of the U.S. Army.
* Operated as a "lone wolf". NO support mechanism that could be discerned. Could not be traced through "connections"!
* Was a practiced survivalist since the age of fourteen!
* Had trained himself to go without eating for twenty to thirty days at a time!
* When he did eat, subsisted on a diet strictly consisting of sardines, oatmeal, and green beans!
* And, as a religious zealot, HAD THE MENTAL WHEREWITHAL FOR A LONG, DRAWN-OUT "CAMPAIGN" LASTING YEARS AGAINST WHAT HE PERCEIVED AS THE "FORCES OF DARKNESS"!!! YOU CANNOT WAIT HIM OUT, HE WILL WAIT YOU OUT!!
The more is better approach did not work with regard to Eric Robert Rudolph. Eric was able to elude his pursuers for years. FINALLY APPREHENDED BY A LONE POLICE OFFICER, WHO WHILE ON ROUTINE PATROL, ESPIED ERIC "DUMPSTER DIVING" TO SCAVENGE FOOD!!
The pursuit of the Apache Geronimo should act as an archetype in the case of search for Osama? NO MORE than thirty soldiers chasing after fifteen American Indian warriors. Doing so heedless of international boundaries, Tom Horn, civilian tracker/translator/outdoors man leading the way!
Bert is wrong here? Who is Bert to question the approach of the CIA/Special Operations? Well, if mo’ be mo’ bettah, why seven years then?
coolbert.
Posted by Albert E. at 10:17 PM