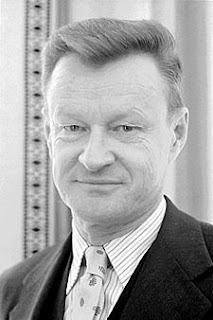 This is coolbert:
Normally this sort of material would NOT BE germane to a blog dedicated to military analysis. IS relevant, in light of the resurgent nature of Russia, militarily and otherwise, on the world stage.
Here is a group of people who had probably thought they had seen their better days. The world had passed them by, and they were left hung out to dry, NOT to be seen again?
Those group of highly educated persons whose advice was listened to by the highest circles in the land. Persons that were referred to as Kremlinologists or Sovietologists.
Persons who, once again, are feeling their oats? Maybe now individuals who are up in the years and now so wild anymore, but seeing an emerging situation that is to their favor.
A situation where Russia has again become a factor on the world stage. A nation who once again sees itself as a major player! A nation [Russia] whose motives, intentions, desires, actions must be divined and understood.
Who better to do the task of "understanding" the Russian "bear" than that group of now somewhat aged but still active to some extent, Kremlinologists and Sovietologists.
[Sovietologist is no longer the proper term. NO more Soviet Union. The study of the Russian nation and society as a whole is called [???]]
"[a] term [Kremlinologist] is sometimes used to mean any attempt to understand a secretive organization or process, such as plans for upcoming products or events, by interpreting indirect clues."

"During the Cold War, lack of reliable information about the country forced Western analysts to 'read between the lines' . . . [using] indirect signs to try to understand what was happening in internal Soviet politics."

"Kremlinology is the study and analysis of [Russian] politics and policies based on efforts to understand the inner workings of an extremely opaque central government . . . Kremlinologist refers to academic, media, and commentary experts who specialize in the study of Kremlinology. Sovietology/Sovietologist describes specialists of the country as a whole. "

Kremlinology = "study and analysis of [Russian] politics and policies . . . of an extremely opaque central government."

Study of the country [Russia] as a whole is now = [??].
Persons, now being consulted concerning the Russian "matter", old-timers for the most part, able to speak the language, intimitaely familiar with the culture, the mentality, etc. To include:

"Marshall Goldman is an expert on the economy of the former Soviet Union. Goldman is a Professor of Economics at Wellesley College and Associate Director of the Harvard Russian Research Center. Goldman received his Ph.D. in Russian studies from Harvard University in 1961."

"A frequent visitor to the republics of the former Soviet Union . . . He has met with Mikhail Gorbachev, Vladimir Putin . . . and continues to meet regularly with business leaders, diplomats, and government officials at the highest levels in both countries."

"Simes was born in Moscow and graduated with an M.A. in history from. He emigrated to the in. Simes's writings include After the Collapse: Russia Seeks its Place as a Great Power (1999)"

"His Master's thesis focused on the various nationalities within the Soviet Union . . . Brzezinski then went on to attend Harvard University in the United States to work on a PhD, focusing on the Soviet Union"
* Condoleezza Rice.

"Rice served as the Soviet and East European Affairs Advisor during the dissolution of the Soviet Union and German reunification."
Brzezinski and Rice of course also having served and serving [Rice] as U.S. Secretary of State. Rice in particular, a black woman who in a deliberate fashion made a career for herself by mastering the language [Russian] and studying under the existing "masters" in a fashion most admirable.
Back in business? And to be greatly appreciated for their knowledge and insight? NOW masters in their own right who will have to train a new cadre' of experts for the future!