During the post-World War Two [WW2] period, we find a number of French military men who established themselves as THE experts on counter-insurgency warfare.

This should not be surprising!

According to Bernard Fall: "The French Army officer, to a far greater extent than his British-American counterpart, has spent the last quarter of a century fighting desperate rear-guard actions against highly politicized irregulars."

YES!! The French military, in some capacity, from 1939 until 1961, WAS INVOLVED IN COMBAT OPERATIONS SOMEWHERE IN THE WORLD!!

NOT only two decades of continuous combat - - but French military officers that had developed a unique perspective on MODERN warfare - - many of those Frenchmen having fought or commanded BOTH as an insurgent and a counter-insurgent!!! An unparalleled experience not found anywhere else in the world??!!

French military officers to include: 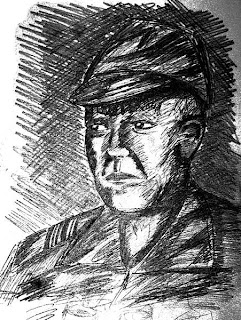 Dig this: "By late 1953, almost 20,000 men were under his command-probably the largest unit ever commanded by an army major--and engaged in operations covering several -thousand square miles of enemy territory."

This was the French GCMA effort during the First Indo-China War. Partisans/guerrillas waging irregular warfare against the Viet Minh. The French, while fighting an insurrectionist army, also waged simultaneously partisan warfare themselves!!
* David Galula. [this name was not familiar to me until I came across the wiki entry!] 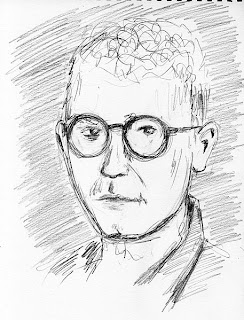 Galula, author of the boook: " Counterinsurgency Warfare: Theory and Practice"
This particular work of Galula is in reprint form and is available from Amazon, and being widely read??!!
"David Galula was a French military officer born in Tunisia to French parents. He retired as a Lieutenant Colonel. His book [ideas!], is [are] now heavily advocated by the US Military for advice on operations in the campaign in Iraq."
"Inspired by his experiences as a French military officer and attache in China, Greece, Southeast Asia, and Algeria, the author realized the 'need for a compass' in the suppression of insurgency, and he set out to 'define the laws of counterinsurgency warfare, to deduce from them its principles, and to outline the corresponding strategy and tactics.'"
"define the laws . . . deduce . . . principles". A theoretician at work. Studying a field of endeavor as would any scientist, hoping to "define" and "deduce" the BASIC PRINCIPLES!!
* Paul Aussaresses.

"Paul Aussaresses is a retired French Army Brigadier general. Saw active military service in WW2, Indo-China, and Algeria." First fought as an insurgent [Jedburgh, WW2] and then as a counter-insurgent [Algeria].

And even when the Algerian conflict had ended, continued to have a most successful career:

"named in 1961 military attache of the French embassy in Washington DC [ along with ten veterans of the Algerian War under his orders]"
* "taught the 'lessons' of the Battle of Algiers, including torture [to members of the American Special Forces]"
* "went to Brasil in 1973 . . . where he maintained very close links with the military Chilean officers trained in Brazil under Aussaresses' orders",
* "he advised the South American juntas on counter-insurrection warfare, also on the use of torture"

The French, even in losing efforts [Indo-China, Algeria], did correctly observe that the means and methods that proved the winning formula in both World Wars was not adequate when confronted by post-WW2 insurgencies.