From DEBKAfile Israel now providing armaments to an Arab nation. Such is the concern with the danger as posed to the region by the combat forces of ISIL:

"In its first arms sale to an Arab country . . .  Israel has sold 12 advanced unmanned aerial vehicles of the Heron TP and Skylark types to Jordan to beef up its cross-border counter-terrorism campaign against ISIS in Iraq and Syria. Like other joint US-Israeli-Jordanian operations ongoing against the Islamic State, the Herons and Skylarks are almost certainly being operated by officers at the US Central Command Forward-Jordan war room north of Amman." 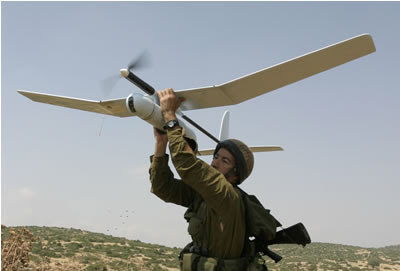 Skylark UAV being launched by an Israeli troop. This image gives you a sense of scale. 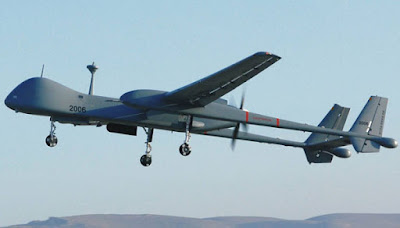 Heron TP UAV. Much larger and robust than Skylark. About eight and one-half meters [twenty-eight feet] in length.

Skylark to be used by the very lowest echelon units. Heron should be considered as a national asset.