Here is an aircraft, that in the civilian version was less than successful, BUT in the MILITARY version, was an eminent success.

"The Lockheed L-188 Electra is an American turboprop airliner built by Lockheed. It was the first turboprop airliner produced in the United States. It first flew in 1957, and when first delivered had performance only slightly inferior to that of a turbojet airliner while at a lower operating cost"

The Electra was a propeller driven turboprop passenger airliner that filled a gap that existed in the late 1950's. That period when the piston-driven internal combustion engine powered airliners were to be replaced by the jet airliner of the family Boeing 707 and such.

The Electra was propeller driven but very fast! Had "lower operating cost" and could operate from conventional air fields that existed a the time. Air fields quite often too small to handle an accommodate a jet airliner.

There was however, the perceived and probably true unenviable safety record of the Electra. Had a bad habit of crashing. That aircraft JUST DOES NOT LOOK RIGHT!! Short stubby wings with the oversize and what appear to be TOO-BIG turboprop engines attached! 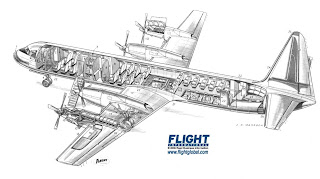 I was just a kid at the time, but recall quite well the news media covering the various crashes of the Electra with some degree of consternation. Airline travel to an extent was STILL a novelty in the 1950's and any danger to the public, perceived, real or otherwise, was widely publicized!

* "on March 17, 1960, an Electra operated as Northwest Orient Flight 710, en route from Chicago to Miami, Florida, broke apart in flight"

And indeed, there WAS a basic structural design FLAW with the Electra that made the aircraft more susceptible than usual to possible breakup and CRASH!

"engine mounts---following the failure of an engine mount during a hard landing---allowed too much processional movement of the propellers at a critical frequency which allowed 'whirl-mode' aeroelastic phenomenon, 'flutter' in flight."

AND - - EVEN modifications and repairs had been made to existing Electra already in service, there continued to be "accidents" of a catastrophic nature!

[it was not until the mid-1980's that the last of civilian version L-188 were retired? Those planes still in service functioning as freighters!] 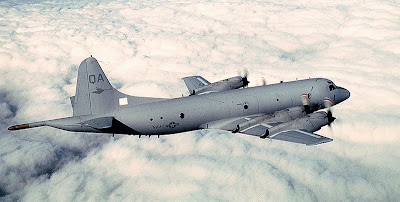 In CONTRAST, the military version of the Electra, the naval P-3 Orion, has a MOST enviable safety record. A workhorse that has acquitted itself with panache', having a very good reputation, and doing so for a period of ALMOST FIFTY YEARS!!

"The Lockheed P-3 Orion is a maritime patrol aircraft used by numerous navies and air forces around the world, primarily for maritime patrol, reconnaissance, anti-surface warfare and anti-submarine warfare."

"is based on the same design philosophy as the Lockheed L-188 Electra. It is not the same aircraft structurally" [NOT EXACTLY THE SAME BUT VERY SIMILAR!!]

"Over the years, more than 40 combatant & noncombatant variants of the P-3 have been developed due to the rugged reliability displayed by the platform flying 12 hour plus missions 200 ft (61 m) over salt water while maintaining an excellent safety record."

The Orion is a "yeoman" type aircraft, and has functioned very well. Liked as a flying machine and again - - having an outstanding and enviable safety record so unlike the civilian version of the airplane.

The Orion HAS EVEN ON OCCASION SURVIVED COLLISIONS WITH OTHER AIRCRAFT, ALL WHILE PERFORMING RECON DUTY IN CONTESTED AIRSPACE!!

ONLY now and in the next few years will we see the Orion replaced - - the fifty year record of the P-3 going to be difficult to equal, much less surpass!

"The U.S. Navy's P-3C aircraft are slated for replacement beginning in 2013"

Perhaps I am wrong about all this? Merely NOT looking right is not necessarily an indication of something really being NOT right?