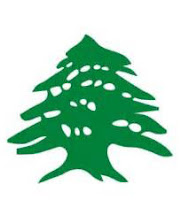 From Sputnik more on the fighting occurring at this very instant between the combatants of the Islamic State [ISIL] and that combined force of Lebanese army, Hezbollah, Syrian army and perhaps even American Special forces.

"The Lebanese army managed to establish control over a hill range on the mountainous Lebanese-Syrian border following the start of its operation against Daesh (banned in Russia), a spokesman of Lebanese army said Saturday."

"BEIRUT (Sputnik) — On Saturday, the Lebanese army launched an operation to defeat Daesh terrorists on its side of the border with Syria. The terrorists reportedly seized 120 square kilometers (46 square miles) of Lebanon's territory."

EVERYTHING GOING ACCORDING TO PLAN. SO THEY TELL US.

See previous blog entries the topic of which was the ISIL incursion into Lebanon and the response thereof: