From the Israeli Internet web site Ynet a description of computerized 3D training for those IDF [Israeli Defense Forces] personnel preparing to engage in tunnel warfare.

"The 3D goggles now being used in the elite combat engineers Yahalom unit contain software enabling soldiers to familiarize themselves with details pertaining to construction and layout of Hamas terror tunnel network and to easily identify explosives to facilitate quicker disposal; ‘This is a great technological leap forward...They can learn without leaving the class.'" 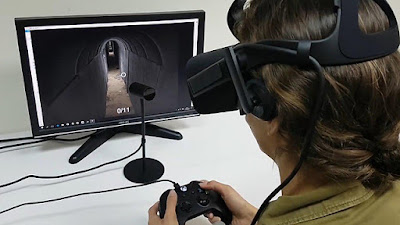 From all appearances those tunnels very well engineered and built. Reminiscent of the type of structures the American military encountered in Vietnam. A tunnel that ogive [?] form self-supporting

See previous blog entries the topic of which was the tunnels of Gaza as dug by Hamas and the Israeli response to same:

Hezbollah too having an extensive network of tunnels and caves as to be used in further conflict with the Israeli.