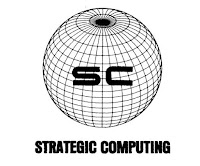 Human in the loop. So they say! I hope so!

From the article at Gizmodo thanks to Matt Novak

1. "This Machine Gun Robot Will Probably Lead the Uprising One Day"

An "uprising" as defined a force of military combat robots with a KILL potential becoming sentient, fearing a threat from their operators, becoming autonomous and going rogue, waging war against the human master. Skynet.

"This particular robot is called a multi-utility tactical transport (MUTT) and was demonstrated by the General Dynamics Land Systems and the US Navy during an event at Camp Pendleton late last month. And despite its adorable canine-inspired acronym, it’s a killer. Yes, that’s a machine gun on top."

Also thanks to Gizmodo and Matt Novak

"From 1983 to 1993 DARPA spent over $1 billion on a program called the Strategic Computing Initiative. The agency's goal was to push the boundaries of computers, artificial intelligence, and robotics to build something that, in hindsight, looks strikingly similar to the dystopian future of the Terminator movies. They wanted to build Skynet."

BEFORE THE MOVIE TERMINATOR AND SKYNET THERE WAS SKYNET? THE CONCEPT ON PAPER AT THAT EXACT MOMENT NOT DO-ABLE! BUT THE IDEA WAS THERE!