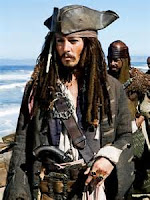 Captured, the most dangerous beast of them all!

As is pertinent to a recent blog entry understand the Chinese NOT to BE active in Djibouti in the near future but ALREADY ARE!

From the Voice of America and the article by Harun Maruf.

"The Chinese navy on Friday handed over a notorious pirate leader captured last month after a failed hijack attempt."

Pirates as understood by Admiralty and international law and characterized as hostis humani generis [common enemies of all mankind] beyond redemption.

SUBJECT TO UNIVERSAL JURISDICTION AND PROSECUTION. ANYONE WHO CAN GET THEIR HANDS ON THEM THEY ARE YOURS!

"Hostis humani generis (Latin for 'enemy of mankind') is a legal term of art that originates in admiralty law. Before the adoption of public international law, pirates and slavers were already held to be beyond legal protection and so could be dealt with by any nation, even one that had not been directly attacked."

I hope the local authorities on the scene [the Somali government what ever that is] are willing and able to deal out appropriate punishment to the miscreants. The normal and traditional penalty for piracy is HANGING that however I don't expect to occur!