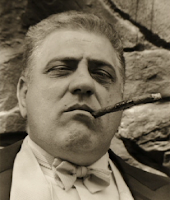 Dogg swims with the fishes! First we have Luca and now we have Dogg!

Place this one in the strange but true category. Thanks to News Max and the tip from Ken.

"A former German rapper who participated in propaganda videos for Islamic State and sought to lure foreigners to the militant group has been killed in a U.S. airstrike in Syria, two U.S. officials said on Thursday."

"Born in Berlin, Denis Cuspert was once a popular rapper known by the name "Deso Dogg." But he turned his focus toward militant Islam and joined Islamic State in 2012."

NOW FOR THE REST OF THE STORY. IT DID NOT ALL END WITH THE DEATH OF DOGG!

AS WAS REPORTED FROM ONLY A FEW DAYS AGO!

"An FBI employee in 2014 traveled to Syria, married an ISIS terrorist, and told him he was being investigated, CNN reported."

"Daniela Greene was later prosecuted and served two years in prison, her sentence reduced after she cooperated with authorities."

WE NEED TO BE ABUNDANTLY CLEAR ABOUT WHAT HAS OCCURRED HERE! DANIELA A CONTRACT EMPLOYEE FOR THE FBI INVOLVED IN COUNTER-TERROR OPERATIONS! WENT OVER TO THE OTHER SIDE AND EVEN MARRIED DOGG THE TARGET OF INTEREST!! DANIELA NOW RELEASED FROM PRISON AFTER SERVING A MINOR TERM FOR AN EXTREMELY GRAVE OFFENSE BORDERING ON TREASON!1