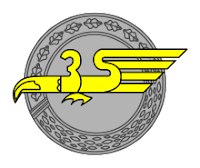 
"'Those Germans are the best damned soldiers I ever saw. They're smart and they don't know what 'fear' means. They come in and they keep coming until they get their job done or you kill em.'"

The American commander of the 29th Infantry Division [29th ID] speaking of the troops of the German Third Parachute Division [3 FJ]. 3 FJ occupying the bocage of Normandy and opposing further inland movement of the 29th ID in the aftermath of the D-Day landings, 6 June 1944.

For a period of time and in an unanticipated manner the duel between the American 29th ID and the German 3 FJ decidedly in favor of the latter.

For a variety of reasons to include:

* 3 FJ in the bocage of Normandy possessing an extraordinary amount of organic firepower, a preponderance of automatic weapons in abundance. To include the selective fire FG 42. Automatic weaponry far in excess of the American 29th ID counterpart.

"Whoever said the pen was mightier than the sword obviously has not encountered automatic weapons!" - - D. Mac Arthur.

* 3 FJ in the bocage of Normandy also possessing many more organic mortars [three times as many] most of larger size than those employed by the American 29th ID counterpart.

* 3 FJ in the bocage of Normandy occupying that terrain the second most suitable in the world for conducting defensive operations.

ONLY the coral and rock caves of the Pacific islands superior to the bocage as potential defensive terrain.

* 3 FJ in the bocage of Normandy also employing superior and effective defensive methodology, ad hoc, but tactics and techniques suited to the terrain and difficult for the American 29th ID to combat.

* 3 FJ during that battle in the bocage of Normandy at both the senior and junior leadership level having superior combat tested personnel. That preponderance [again the use of the word preponderance!] of 3 FJ "green" troops as was the American personnel of the 29th ID.

"Green" as having never seen combat before but highly motivated and trained to a high degree of proficiency. Those 3 FJ leadership positions at all echelons. occupied by troops having underwent a Darwinian selection process, having previously experienced combat and survived, even thriving and surely knowing what to do when in contact with the enemy.

IT WAS NOT that the American 29th ID in the bocage was so poor but rather that the German 3 FJ was so good? That is the question? Also the 29th ID having adapted to an unfamiliar and difficult situation, prevailing over a tough and determined enemy recognize this as a positive rather than a negative?