During that era of the Second World War [WW2], the combat aviators of the various warring nations wearing their headgear in an unconventional and RAKISH manner!

YES indeed, a rakish angle! AND having a significance not appreciated by the uninitiated! Erich Hartmann. The all time Ace of Aces and always will be. 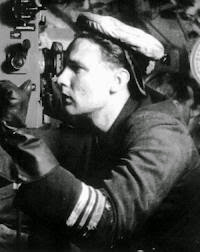 Wearing of the crush cap in an unconventional and non-regulation way not unique among combat aviators. Here an image of the German U-Boat captain Kurt Diggins at the periscope during a mission. That cap worn backwards "cool" by modern standards, "cool' as that meaning of the word not understood at time. 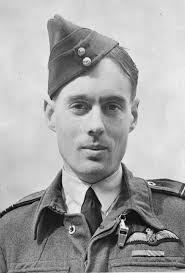 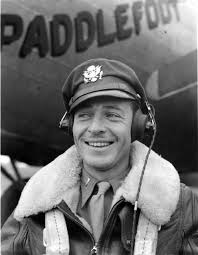 American bomber pilot Robert Reeder. That cap the edges deformed from wearing of the headphones on repeated missions. AND an indication of extensive combat experience, many missions flown!!

And as to the unappreciated angle the significance of which lost on the uninitiated we have from a conversation I have had with an acknowledged aviation expert:

"the whole '50 mission crush cap' for the Army Air Corps was one of those things that became unintentionally 'cool' because of what it meant. Pilots had to wear those 'wheel' caps, as they were called, even on missions. When the headsets mashed the caps down, forming a particular pattern, it was obvious to one and all that the wearer was a serious pilot, not just a garrison commando. So you had to crush the cap to look like you'd been on 50 missions to be cool once people recognized what the crush implied. And woe betide anyone who wasn't a pilot on such missions who artificially made his hat into a 50 mission hat--he'd be laughed off the air base. That 'crush' initially was not 'military'--it was messy and uncool, but couldn't be avoided unless everyone carried an extra hat for missions versus ground wear."

That hat of whatever style worn in the rakish manner or having the unconventional appearance an indication of the combat veteran and not a person to be taken likely.

NOW you know the rest of the story!!