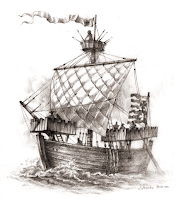 See my previous blog entries here, here and here the topic of which was the future of the battleship in the ancient and venerable form, a major force in naval warfare.

A modern battleship not armed as say the USS Iowa with sixteen inch turreted guns [406 mm] but rather carrying and reliant on an array of weaponry.

Not included in my list of weaponry as to be found in a modern battleship of the type as envisioned by myself CIWS. Close-in-weapons-support. Of the Phalanx variety. Phalanx demonstrably effective [see previous blog entry] against near-supersonic missiles [GRAD type 122 mm rocket artillery] of a very small cross-section and radar signature.

CIWS also needed to defeat small boat attack of the swarm nature. Mount CIWS on towers so the weapons system has an ability to shoot downwards at incoming surface attacker.

Additionally needed would be some sort of anti-drone defense of the type already deployed/active and found to be effective. Defeat the armed combat drone of whatever type. Organic unit of Marines vital for this mission.