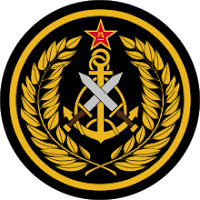 NOT in almost six hundred years has such a thing occurred!

Chinese marines poised and ready? The assault on Idlib if and when it occurs to include Communist Chinese military contingents?

Continuing from the latest edition of the DEBKAfile newsletter.

"Chinese warships, fighter jets and bombers took part in the big week-long Russian naval exercise in the eastern Mediterranean that ended on Saturday, Sept. 8 . . .  It was Beijing's first military participation in the seven-year Syrian war and it has been kept under close wraps by Moscow, Washington and Jerusalem. Our military sources report that 3,500 Chinese marines are on standby for flights to Syria to join the Russian-Iranian-Syrian campaign for retaking Idlib province from rebel hands . . . Beijing has a special interest in this campaign in view of the strong presence among the jihadist groups holed up in Idlib of several thousand Uighur Islamists . . . members of the banned Turkistan Islamic Party . . . Al Qaeda's branch in China."

NOT SINCE THE FIFTEENTH CENTURY HAVE CHINESE MARINES GONE INTO COMBAT SO FAR FROM HOME! IDLIB OF CONCERN  TO BEIJING THOSE UIGHUR COMBATANTS NOMINALLY CHINESE NATIONALS.