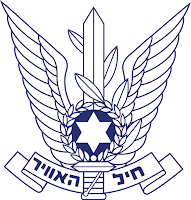 Within context I was going to suggest that Israel and Iran both represent the eight-hundred pound gorilla in the room but that phrase not so totally 100 % accurate.

Furthermore this blog entry also as a continuation of the challenge as posed by the Colonel USMC.

CONSIDER NOW THE INTERESTS AND AGENDA OF FOREIGN INTERVENTIONISTS AND THEIR PROXIES IN THE SYRIAN CIVIL WAR TO BE NOW A DRIVING FACTOR IN THE CONFLICT.

Especially I have in mind the UNREPORTED, UNHERALDED AND UNDECLARED WAR between Israel and the Iranian Revolutionary Guards Corps [IRGC]. Iran making liberal use in a variety of ways their subordinate proxies.

See a merely sprinkling of previous blog entries as germane: