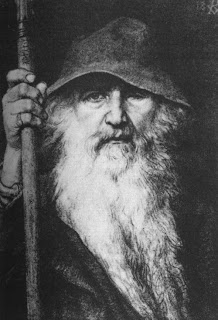 "We have been working on this problem for some time now and we have had some success."

From the web site StrategyPage.

"Afghanistan Attacked By The Math Machine"

"The U.S. Army is deploying the same kind of "math and missiles" unit that defeated roadside bombs in Iraq, to Afghanistan. For the last two years, "Task Force Odin" has used of manned and UAV aerial reconnaissance aircraft, along with pattern analysis and data mining, to find IEDs (roadside bombs), and the people who plant them in Iraq."

Intelligence, gleaned from esoteric analysis algorithms, and successfully used against the bad guys in Iraq. Used to defeat IED and EFP! NOT touted in the media, but still counted as having done a lot of good.

NOW TO USED IN AFGHAN!

"Pattern analysis is one of the fundamental tools Operations Research (OR) practitioners have been using since World War II (when the newly developed field of OR got its first big workout)."

Task Force Odin, mission responsible for the analysis - - counts not only having prevented the use of roadside munitions, but ALSO WITH HAVING FOILED NUMEROUS AMBUSHES, TERRORIST INCIDENTS, AND INSTRUMENTAL IN THE KILLING A LOT OF VILLAINS IN THE PROCESS!!
"the early detection of thousands of roadside bombs and terrorist ambushes."

"Task Force Odin led to the death of over 3,000 terrorists caught in the act of setting up roadside bombs, or lying in wait to set them off and attack their victims with gunfire. Hundreds more terrorists were captured, and many thousands of roadside bombs were avoided or destroyed before they could go off."

"Predictive analytics encompasses a variety of techniques from statistics and data mining that analyze current and historical data to make predictions about future events."

Analysts are able to used this particular algorithm to determine, with a pretty good degree of certainty:

Everyone agrees that Afghan, because of climate, terrain, etc., will be more difficult a proposition than Iraq? And those very isolated Forward Operating Bases [FOB's] will need all the help they can get.

The U.S. Army is ratcheting up the effort in Afghan - - as we speak. It will be in the nick of time. Hail ODIN!