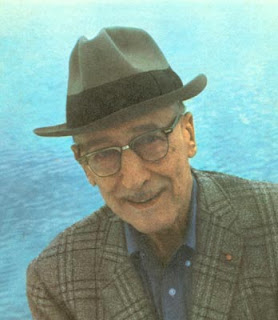 Who has not read this outstanding essay, from some time ago, by Bruce Catton?


“'GRANT AND LEE: A STUDY IN CONTRASTS' by Bruce Catton"

[if not previously read, please go and do so now!]

"When Ulysses S. Grant and Robert E. Lee met in the parlor of a modest house at Appomattox Court House, Virginia, on April 9, 1865, to work out the terms for the surrender of Lee’s Army of Northern Virginia, a great chapter on American life came to a close, and a great new chapter began."

Right! The old way of life was dying, coming to a close, BUT FROM THE OLD WAS REBORN A NEW! NO LIFE WITHOUT DEATH, NO DEATH WITHOUT LIFE!

"Grant and Lee were in complete contrast, representing two diametrically opposed elements in American life . . . Each man was the perfect champion for his cause, drawing both his strengths and his weaknesses from the people he led."

"They were two strong men these oddly different generals, and they represented the strengths of two conflicting currents that, through them, had come into final collision."

With regard to Lee:

"Back of Robert E Lee was the notion that the old aristocratic concept might somehow survive and be dominant in American life." 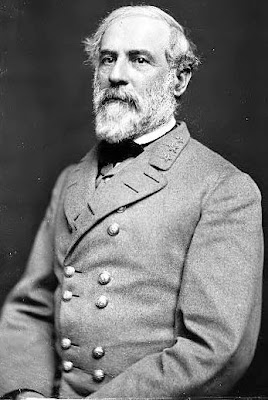 "Lee embodied the noblest elements of this aristocratic ideal . . . a leisure class, backed by ownership of land; in turn, society itself should be keyed to the land as the chief source of wealth and influence."

With regard to Grant:

"Grant, the son of a tanner on the Western frontier, was everything Lee was not."

"These frontier men were the precise opposites of the tidewater aristocrats." 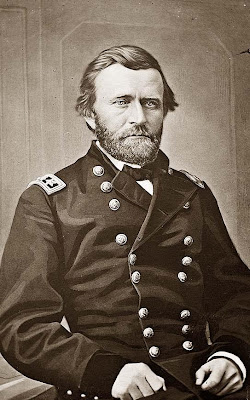 * Tidewater aristocrats refer to those persons descended from the first English settlers to Virginia. Persons who as "Albion's Seed" are best described as "cavaliers". At the time of the American Civil War, "old money"!! This was the class Lee belonged to.

[Those states that formed the Confederacy were by themselves the fifth richest nation on the planet in the year 1861!! Those aristocratics of the Old South did produce a lot of riches for themselves!]

* Grant is definitely by lineage from Puritan stock. That wave of English settlers colonizing New England moving westward in a slow but methodical fashion. Grant belonged to what is the American cultural and linguistic domain known as "Inland North"?? A domain stretching westward from Syracuse and Rochester NY., along the Erie Canal, through Buffalo, Cleveland, Detroit, Chicago, as far west as Galena! What became and once was and still to some degree is, the industrial heartland of America!

Furthermore, comparisons of Grant and Lee are not confined to Catton. According to Dupuy:

"There is no comparable historical example of two great, evenly matched generals fighting each other to a standstill in operations marked on each side by wary caution, brilliant boldness, and sound estimates of the opponent's capabilities and intentions coupled with sincere respect for the other's ability."