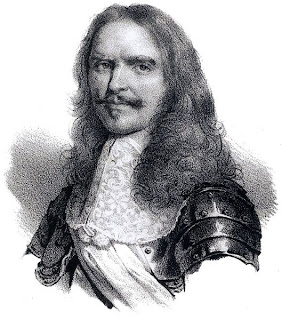 "Read over and over again the campaigns of Alexander, Hannibal, Caesar, Gustavus, Turenne, Eugene and Frederic. ... This is the only way to become a great general and master the secrets of the art of war. ..." - -Napoleon.

"In a conversation between Gen. Leslie Groves and Enrico Fermi, the
subject of how one defines a 'great general' came up."

[Groves of course is the general officer who headed the atomic bomb "Manhattan Project"! Fermi was one of the lead scientists and headed the team that built the first atomic pile!]

Fermi: "So Leslie, how many generals are known as 'great'?"

Groves: "Well Enrico... about 3 out of every 100 generals will perform
well enough to be considered 'great'."

Fermi: "So how does a general become 'great' in the eyes of his peers?"

Fermi: "However general, that is not 'greatness'... that is simply statistics."

Consider only those Great Captains from the black powder era. As listed by Napoleon:

Of these four commanders from the black-powder era of warfare, each man listed by Napoleon as being a Great Captain worthy of emulation, ONLY FREDERICK IS CREDITED WITH HAVING WON FIVE BATTLES IN A ROW!!

Neither Hannibal or Nelson would have met the criteria of "great" as defined by Groves?

This criteria of "greatness" is just too subjective and arbitrary? And the assumption by Fermi that in modern warfare armies are generally evenly matched is just too simplistic? The variables are just too many to make such calculations and have any degree of trust in such mathematics?

Modern warfare is NOT akin to a game of chess!!