Here are some interesting photographs of the heavy artillery as employed by the British prior to the Somme Offensive, 1 July, 1916.

The only artillery capable of destroying those German deep "mined" dug-outs, some thirty or so feet below ground level [10 meters], according to John Keegan, would have been the 12 inch and 15 inch pieces. Firing a delayed action round, burrowing into the ground first, and then exploding. The British had only six of the 15 inch howitzers present for duty at the Somme. And of those six, the ammunition supply was severely rationed! 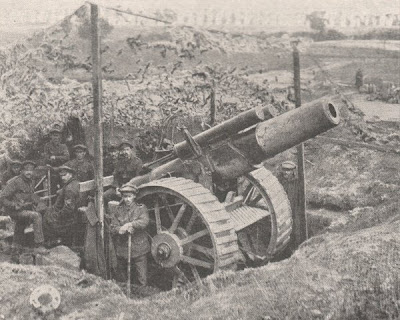 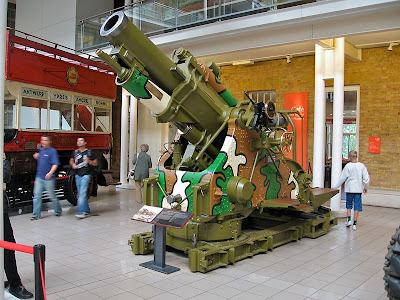 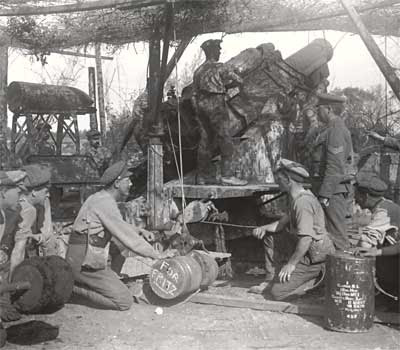 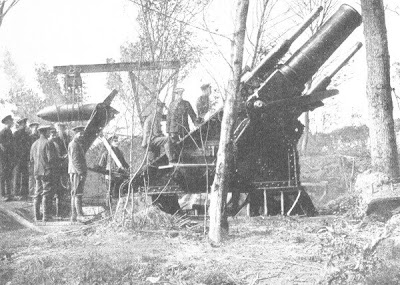 * ONLY the eight inch howitzer was transportable without having to be broken down. The remaining howitzers had to be disassembled for transport, reassembled upon arriving at position.

"It [9.2 inch] was transported in 3 separate loads - body and cradle, bed, barrel - towed either by heavy horses or Holt tractor."

"The 12 inch was dismantled and transported in 6 loads mounted on traction engine wheels. It was then reassembled on its static siege mounting on top of a steel "holdfast", with 22 tons of earth in a box sitting on the front of the hold fast in front of the gun, to counteract the kick of firing."

* Assembly too of each of the big-bore howitzers had to be a laborious task. An apparatus was required just to manhandle the various sections for assembly. Pulleys, hoist, etc. That same apparatus also needed for the handling of shells.

* In addition, a pair of what were called hold-fasts was needed for each howitzer. Boxes filled with tons of earth that the howitzer frame could be attached to. One box below ground under the piece, one above ground, forward of the howitzer. For stability and to prevent tipping from the recoil!

"A 'holdfast' had to be buried to provide a secure platform, the weapon assembled on top, and a box containing 9 tons of earth further anchored the holdfast in front, to counteract the tendency of the carriage front to lift on firing."

* Please look carefully at that photo of the 12 inch howitzer. Everyone at the ready, prepared to load another round prior to firing. Shell, powder charge, ram-rod! Those big-bore howitzers COULD NOT BE LOADED WITHOUT DEPRESSING THE BARREL TO THE HORIZONTAL EACH AND EVERY TIME YOU FIRED A ROUND?! That is how it appears to me. Precision firing and adjustments were made impossible by such a situation?! I am no expert, but that is how it appears to me.

Large, ponderous artillery pieces, suitable for siege situations, but not for mobile warfare.

But, then for the most part, the combat of World War One was not of the mobile variety, was it?!