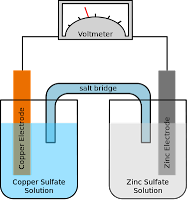 Again from the latest as seen at the DEBKAfile newsletter:

"Sky TV has uncovered evidence of an ISIS 'jihadi university' in Raqqa, Syria, where scientists are hired to come up with new ways to carry out attacks. They have been able to re-commission age-ing surface to air heat-seeking missiles with a homemade thermal battery which are capable of destroying an aircraft, which are of great concern to commercial airlines. The ISIS faculty has also developed fully working remote controlled driver-less cars for use as mobile bombs."

Those thermal batteries of the molten salt variety the development of which was inextricably linked to weapons requirements from the era of the Second world War.

Where there is a will there is often a way. ISIL has the will and is finding the way? Those on the receiving end of a MANPAD will know for sure.