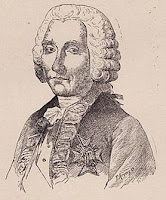 Napoleon as a successful battlefield commander in measure due to the war-making strategies, doctrines, tactics as promulgated and enunciated by these Frenchmen.

"Jean-Pierre du Teil, baron du Teil, seigneur de Pommier, Chars, les Rousselières, Vaux and of other places (14 July 1722 - 27 February 1794) was a French artillery general and one of the most important influences on Napoleon I during his training at the École d'artillerie in Auxonne"

I guess when someone [ Baron du Teil] is the "seigneur de Pommier, Chars, les Rousselières, Vaux and of other places" you ought to listen and surely Napoleon did.