From the tip through Harry at Sharkhunters:

"The Russian Navy got a new powerful intelligence ship. She is the largest ever ship of this kind, that is, for the Russian Navy. Her name is 'Yury Ivanov'. She was built at Severnaya dockyard in St. Petersburg . . . She is equipped with most modern intelligence gathering gadgets. The crew is about 120 people. The vessel is the lead ship of Project 1820"


Indeed, this is the Russian naval vessel "Yuri Ivanov". an intelligence gathering vessel with some apparent awesome capability. THE MISSION OF WHICH WILL BE SUBORDINATE TO THE RUSSIAN GRU. 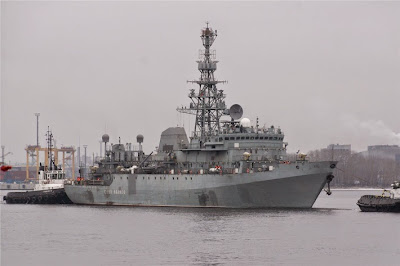 "Yuri Ivanov" with a myriad of antenna.

"According to unofficial data 'Yuri Ivanov ' will be used for the benefit of the Main Intelligence Directorate of Russia."

That naval vessel named apparently for a senior Russian intelligence officer of the GRU having lost his life only recently in the line of duty!!

"The body of one of Russia’s top spies has washed up on the Turkish coast after he disappeared close to a sensitive Russian naval facility in neighbouring Syria." 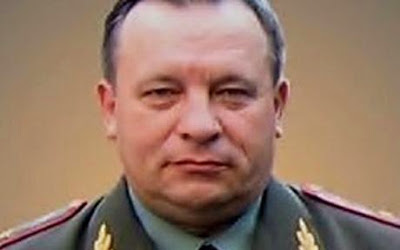 The late Yuri Ivanov. A senior officer of the Russian GRU at the time of his passing.

This from 2010 the Russian active in the Syrian civil war in a variety of capacities having aligned themselves with the despot Assad! This "accident" the cause of which not resolved.

A capacity that remains undiminished so it seems!!