Archival photography from the Chicago Tribune

Thanks to the Tribune and the tip from Ken:

"Over seven decades ago, Chicagoans had to come to grips with a cold, hard fact: The country was at war. Women by the droves went to work in defense plants and Chicago soon led the nation in war production. Consumer goods were scarce and rationed, so many people bought war bonds instead. Even children got into the war effort, buying 25-cent savings stamps, and bringing paper and kitchen fat to school during scrap drives. And of course, families waited fearfully for news of loved ones overseas." 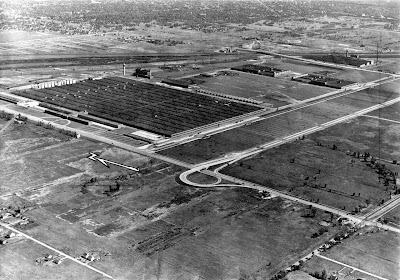 The Dodge Chicago plant circa World War Two [WW2]. At the time the largest manufacturing facility in the world and the most advanced. Built specifically for the manufacture of B-29 bomber warplane engines That plant assembled in record time, that area semi-rural but for many decades now urban, NOW and for some time a shopping mall!!

NO mention of the Manhattan project, that atomic bomb development of which the very basics inextricably linked to Chicago.

That B-29 bomber the only [?] warplane at the time able to deliver the atomic bomb to a target at long range. 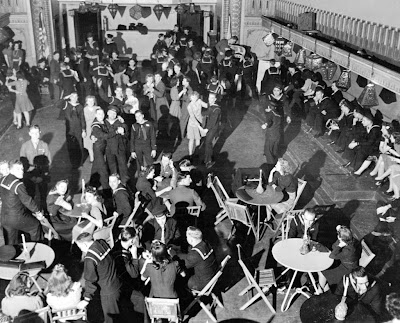 Servicemen's night club. Sailors dancing with young women from the community.
Chicago too please understand always having been A NAVY TOWN STRANGE AS THAT MIGHT SEEM!! 1,000 miles from the ocean nonetheless Chicago A NAVY TOWN!