The little plane that could and does. Contrasted for your edification. The F-16 Fighting Falcon. As was conceived the lightweight air superiority warplane. NOT a multi-role combat aircraft but becoming so. Within the context of the modern combat plane such an evolutionary cycle not being so  unusual. 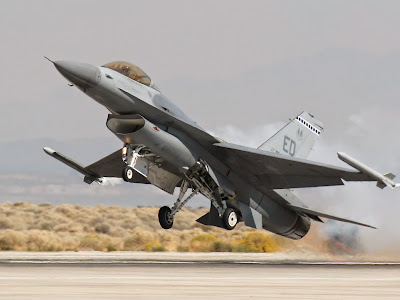 A F-16 in "clean" mode. Two air-air missiles and presumably the stowed cannon. This plane on an intercept or air superiority mission. As it was designed for. Intercept or dogfight and shoot-down enemy warplanes. 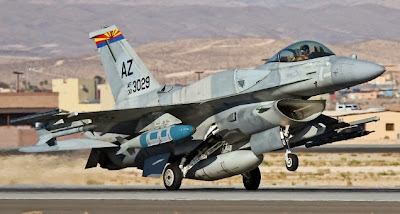 A F-16 not "clean". In this instance fulfilling the role of a multi-role combat aircraft. All purpose. NOT what the design team originally intended. This plane flown by the Arizona Air National Guard.

This development from air superiority mission to multi-role presumably not to the liking of persons such as Pierre Sprey and Johnny Boyd. The "Fighter Mafia" as described.