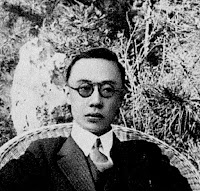 "'During the inspection of the airfield, Emperor Puyi was found. I'm sending him to you under escort.' . . . 'Please quickly send the commandant of the city of Mukden and replenish our ranks. There were very few paratroopers. Are we musketeers [streltsy/riflemen] or what?'"

The daughter of the famous Marshal of the Soviet Union Rodion Malinovsky having released important documents from the era of the Second World War, "papers" of archival and historical value. Thanks to the Russian media outlet Sputnik for the info.

"Natalya Malinovskaya, daughter of Soviet WWII-era Marshal Rodion Malinovsky, has carefully preserved her father's archive of battlefield reports, diaries, and secret papers, handing some of them over to the Russian Historical Society this week. Speaking to Natalya, a Rossiya Segodnya journalist discovered which papers she holds most valuable."

THE CAPTURE OF THE JAPANESE PUPPET EMPEROR HENRY PUYI DEEMED AS A SIGNIFICANT GOAL OF THE SOVIET FORCES DURING THE LAST DAYS OF THE SECOND WORLD WAR!

HENRY AS A YOUNG BOY THAT LAST EMPEROR OF CHINA! THOSE OF YOU THAT SEEN THE MOVIE "THE LAST EMPEROR" WILL REMEMBER THIS!

Henry in the aftermath of the Second World War and his release from Soviet captivity living out the rest of his life in relative ease and comfort, an arborist and landscaper.