Thanks to the tip from Harry and the article as seen in the British tabloid The Telegraph more indication of relative German military unpreparedness!

The Bundeswehr evidently having fallen on exceedingly hard times. And at the worst possible moment too!

"German army used broomsticks instead of guns during training" 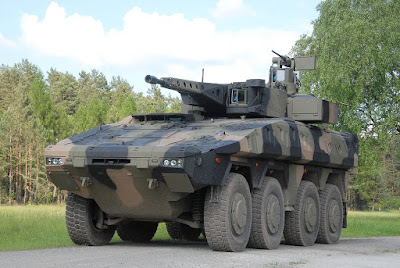 Here an image of a honest-to-God Boxer armored vehicle with organic 30 mm gun. Some Boxer as in the inventory but without turret or gun but voila add a broomstick and you have an analogous weapons system? German ground forces according to the Telegraph also reputed to using: "ordinary Mercedes vans as stand-ins for armoured personnel carriers during training because of equipment shortages"

Hardly is the practice of "dummy" or "fake armored" vehicles for training purposes confined to the modern Bundeswehr. Consider the following examples: 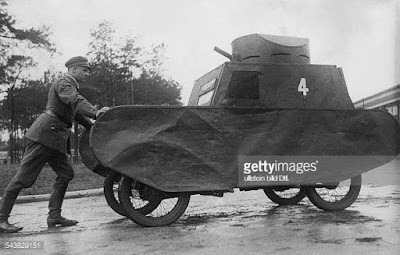 German "tank" from the era prior to World War Two. Strictly a training device and nothing more. Image as stolen from and thanks to Getty. A contraption to be sure what useful again for training purposes. 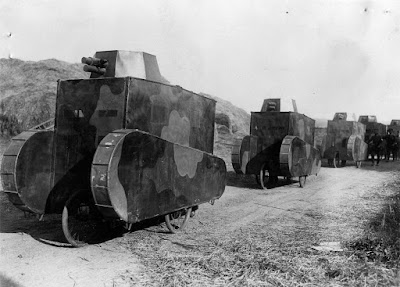 Here a number of German "tanks" in the period prior to World War Two. Valid as a training device of a crude but nonetheless valid variety. 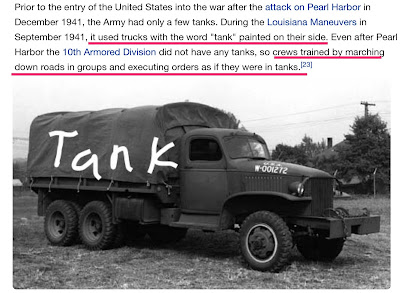 American "tank" as was found during the war games in Louisiana just prior to American entry into the Second World War. Click to see a larger image with critical elements of the accompanying text underlined in red.
Say it ain't so Joe but we all know it is!!