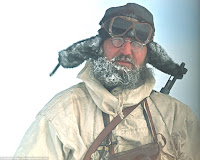 The Atlantic Pockets and more.

Consider this article from the Internet web site The National Interest as a must read.

German military resistance in the aftermath of surrender in the Second World War.

Bastions of resistance such as what were deemed "Atlantikfestungen" resistant to surrender even after the allied break-out from Normandy 1944.

German military contingents in Norway at the very end of the war numbering about four-hundred thousand! Surrender of this force done peacefully and without incident, no further combat.