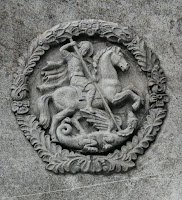 Consider not so much here the recent deployment of Russian Su-57 warplanes to Syria but rather what exactly does constitute a 5th generation multi-role combat aircraft [MRCA].

Thanks to the article by the Saker and as seen at the Ron Unz Internet web site.

"Making Sense of the Russian 5th Generation Fighters in Syria"

FIFTH GENERATION COMBAT WARPLANES TO INCLUDE FEATURES SUCH AS:

* - "the capability to fly at supersonic speeds without using afterburners"

* - "the ability to carry weapons inside a special weapons bay"

There you  have it. Just in case someone asks: "what is fifth generation?" now you know.

STEALTH RELATED TO THE ABILITY TO "CARRY WEAPONS" IN A BOMB BAY "CLEAN".

Anyone disagree with this definition of 5th generation fighter warplane?

More on the Su-57 and the Syrian deployment to follow.