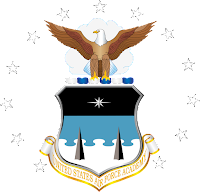 
"We will not lie, steal or cheat, nor tolerate among us anyone who does." "Furthermore, I resolve to do my duty and to live honorably."

Cadets behaving badly and most ashamedly so!!

"Scandals and investigations have rocked the US Air Force Academy (USAFA), as over a dozen students have been accused of cheating on tests as well as allegations of misconduct in the elite academy’s lacrosse team."

"Thirteen freshmen students at the academy have come under investigation after they were accused of cheating on a test of Air Force knowledge given to new students to test their basic understanding of the US military's history and doctrine."

"'These tests are part of their military instruction and consist of questions related to military history, rank structure and other general knowledge,' . . . 'Because that investigation is ongoing as well, I can't divulge any further details.'" - - Lt. Col. Allen Herritage.

This cheating as alleged can best be described as Jack's Valley stuff. First year cadets EVEN BEFORE THEY BEGIN FRESHMAN CLASSWORK.

We are talking about drill and ceremonies, wearing the uniform, Code of Conduct, Chain of Command type of "stuff". More of less identical to what is taught to any enlisted raw basic training recruit no matter what the service!