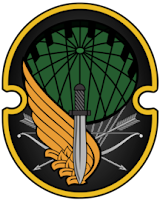 Yet more from the latest edition of the DEBKAfile news letter!

"Tehran announced Saturday, October 21, that elements of its Special Operations 65th Brigade . . . had been deployed to Syria to bolster the Assad regime's depleted front line forces."

"The 65th Brigade was the first regular Iranian military unit to be transferred to foreign soil, contrary to the Islamic Republic's constitution. Until now, only Revolutionary Guards officers were deployed to Syria for command and training functions."

"The capabilities of these Iranian commandos were so advanced, including operations behind enemy lines, that they immediately assumed command of the Syrian Malik Ashtar commando brigade"

IN VIOLATION OF THE IRANIAN CONSTITUTION ENTIRE CONTINGENTS OF IRANIAN REGULAR MILITARY TROOPS ON THE GROUND AND ACTIVE! A MOVE UNPRECEDENTED AND I WOULD EXPECT MOST TROUBLING TO THE ISRAELI.